Hello our valued visitor, We present you the best web solutions and high quality graphic designs with a lot of features. just login to your account and enjoy ...

Visions of the Future

Home Services Visions of the Future

Visions of the Future Taken from the Past 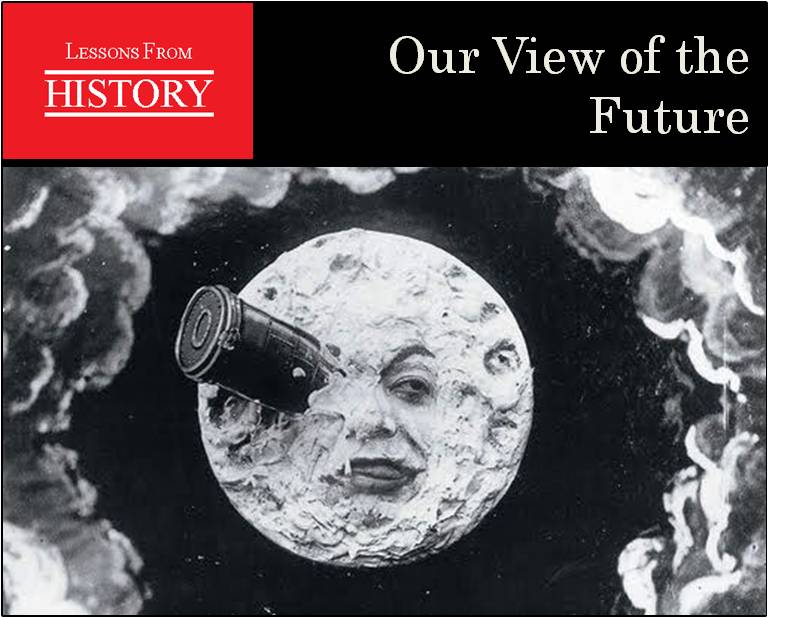 The series looks to how people in the past viewed the future and the relevancy of this view to projects today. It is fascinating how people have imagined the future would turn out. Typically, complex problems of the day are solved with new wonderful emerging technologies. But in reality the technology is grounded in that of the day, mere off-shoots of what was considered leading edge.

In hindsight, it is unlikely that the technology could have achieved a fraction of what was imagined. What was imagined is interesting because conceptually the vision or dream has changed little, and similar to what we would imagine the future to be today.

Example of a Future View

The illustration below is of a 1922 view of the future, 50 years forward or in 1972, and creates a day-in-the-life of a business executive in his office. 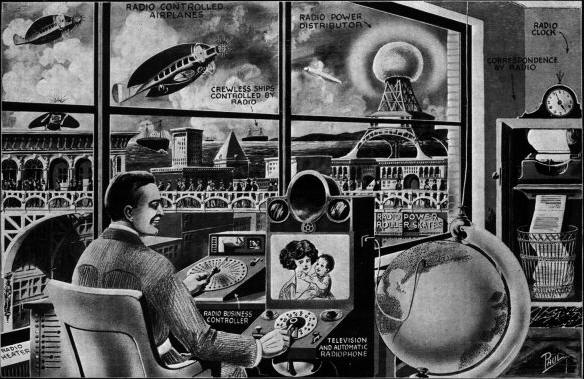 Careful examination of the illustration highlights the preoccupation with radio, an emerging technology of the time, as core to many of the functions:

To the left of the office there is a radio heater to the side of an executive who is controlling with his left hand a crewless radio controlled ship in the bay, and a  radio controlled plane (1 of 3), both with the radio business controller in front of him. The planes are each driven by two propeller engines and have a tail fin of a contemporary machine although the wings are a strange elliptical shape. A radio power distributor is located on a tower outside the building with a glowing dome supposedly providing radio energy to power the machines around it, and the city itself.

To the right the executive is talking with his wife and child through a television and automatic radiophone (bottom centre) which he is controlling with his right hand. The wire from the television to globe indicates a sophisticated phone directory that can find people based on physical location, anywhere around the world, and then communicate with them through audio and video. Above the globe and looking out of the window is a long bridge with large crowds of people crossing it. The words radio power roller skates indicate a simple form of mechanized transport used to get across. To the right of the office is a radio clock which carries correspondence by radio and which looks like a modern fax machine or printer. The clock indicates a common world time set by radio.

Some of the business functions could be realized today but, with different emerging technologies. For example, the automatic radiophone has VOIT (Voice over Internet), the radio clock has an equivalent in networked digital clocks, the radio controlled ship has an equivalent with satellite-based communications, navigation, and surveillance systems. Global Positioning System (GPS) technology has provided major advances in positioning accuracy for airlines and maritime shipping. Similarly, cars are no longer controlled by purely mechanical devices but, electronics control the mechanical components. The question is now how much of this could have been anticipated in 1922.

Movies and films have used this as vehicle for  entertainment. For example, Stanley Kubrick's ''2001: A Space Odyssey,'' completed in 1968, outlines a vision of transportation through space, the use of artificial intelligence, robotics, global communications, devices (video phones, flat screen displays), and many other aspects of today's and tomorrow's world. This trend continues today but through other media.

The illustration below reflects this optimistic view of the future taken from the 1970s. 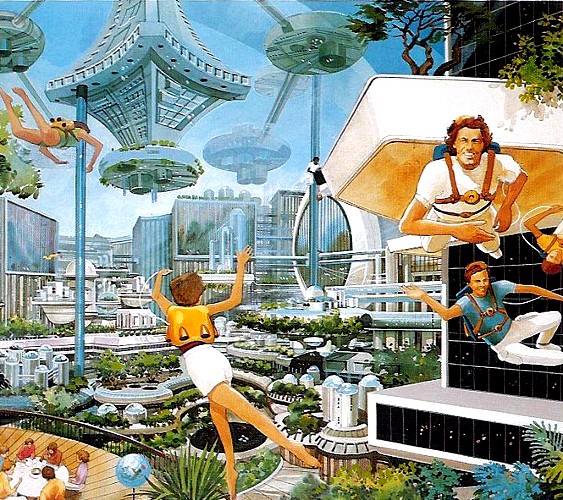 Careful examination of the illustration highlights the preoccupation with powered flight an emerging technology of the time:

The whole area is enclosed within a giant biosphere that controls a warm friendly atmosphere and climate. People casually jet around above a city with both office and residential buildings but integrated with parks and greenery.  In the distance huge city like structures float in the sky interconnected by tubes, presumably offering transportation links.

The optimistic vision is based on a simple extrapolation of technological progress assuming that all material things just simply become better, faster, more powerful and efficient. This view ignores the limits to material growth making things prohibitively expensive, for example, private airplanes and space travel.

Further sources to the future were found in the popular-science press, magazines, science fiction, world fair exhibits, films, advertisements. The pattern of exhibits persists today and emerging technology continues to play a critical role in enabling change. The socialization of emerging technology builds awareness of what is likely to be around the corner and plans for things only dreamed of in previous decades.

The Rate of Evolution of Technology

In the 16th century, Magellan's ship needed two years to sail around the globe. In the 19th century, Jules Verne gave a detailed account of how to travel around the world in 80 days. In 1945, a plane could do this trip in two weeks. Present-day supersonic planes need less than a day. Satellites circle the planet in one hour.

The Socialization of Emerging Technology

The past suggests that public acceptance of new emerging technologies can play a major role in whether they are deployed or implemented.  In the latter half of the nineteenth century as the millennium approached magazines and newspaper focused on an optimistic view of the future, for example:

"Enormous skyscrapers will house residents and workers who happily go "for weeks" without setting foot on the ground. Streamlined, "hurricane-proof" houses will pivot on their foundations like weather vanes. The family car will turn into an airplane so easily that "a woman can do it in five minutes." Our wars will be fought by robots. And our living room furniture--waterproof, of course--will clean up with a squirt from the garden hose."